10 things I liked about Something Digital 2020

The side-effects of COVID

COVID messed up the events industry, but Nadine and Lisa at Something Digital gambled on being able to do some kind of hybrid in-person/remote event, and I think that gamble paid off because the anti-plague format actually worked really well.

If you were lucky enough to be there in person, the audiences were limited to small groups and we were in an ordinary room, not a theatre, so you got to experience a kind of proximity that you don’t normally get at these events.

It’s one thing to watch someone on a screen giving an overview of quantum computing; it’s something else to have somebody else standing 2 metres away from you, and thinking, “Wow, Sally Shrapnel knows so much about quantum computing. How can anyone’s brain understand that? What a world!”

If you had to stream the events, you missed out on that closeness, but there was an alternative upside—which was watching with coworkers and discussing the content as you go. Speaking events are vastly improved when you and your friends can live-tweet with your mouths.

Sometimes important conversations only happen when you’re face to face. Mandi McIntyre and I had been talking on the phone at the start of the year about doing live school holiday writing workshops with Writelike.org but COVID got in the way of our plans. But Mandi grabbed me after my talk on collaboration, we picked up the conversation where we’d left off and now Writelike is part of the SLQ summer program. Woot! Three cheers for face to face! (And if you have kids who like to write, keep an eye out for the workshops in Jan, called Spacey Spooky Quirky Kooky and Worlds of Wonder.)

Kieran Shirey had one of my favourite lines from the festival: “I want kids in my community to realise they don’t have to put down the iPad and pick up a shovel just because they are Indigenous.” I wanted to know more about his background so we met up for a coffee and a yarn and he told me about growing up in a mission in Taree, finding his way through public service and corporate work into starting his own software company, and then trying to find ways to give back to his community. 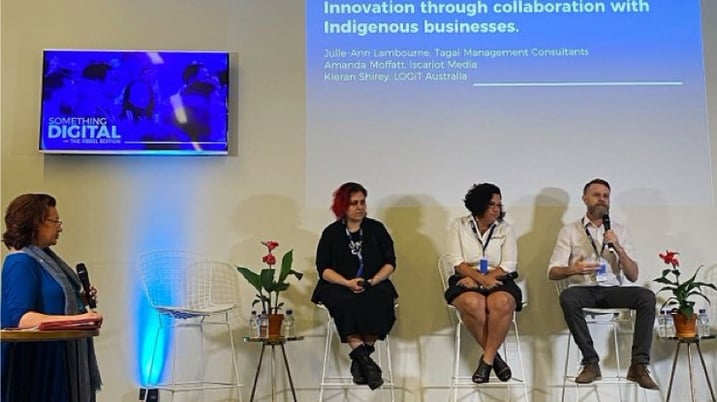 I have an awestruck admiration for scientists that can only come from being hopeless at the actual practice of science. So I was suitably awestruck by Denis from CSIRO talking about developing new highly-scalable algorithms for genomic data processing (working with some of the largest data sets in history) and I was overcome with a dumb pride in the ability of our tiny giant desert island nation to foster such great technical work, and a wish that we could do even more.

Michael Dezuanni on the inequity of screen size

Another concept that stuck with me, and I’m paraphrasing here, was “the inequity of screen size” from Michael Dezuanni, a digital media and education researcher at QUT. He was speaking on a panel about the digital divide and saying that smartphones and responsive design have made it possible for more people to get access to the internet, but at the same time for many people their phones are now their primary if not only device, and the fact is that there are some experiences you just can’t get on small screens. This creates a particularly pressing problem in education when we want students to perform complex cognitive tasks on small devices that simply don’t have the screen real estate to spread out and display critical information. As someone who works on educational platforms, this is a problem that I really feel at a gut level. 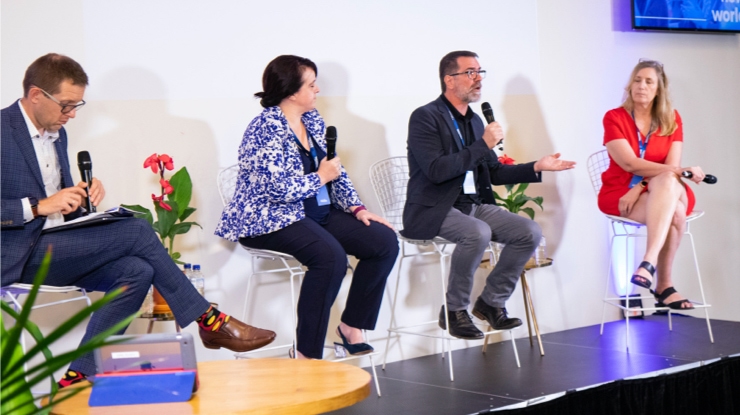 Michael Metcalfe on killing your brand

Another great line was from Michael at the NDIS startup Kynd: “When you’re going for organic growth, kill the brand. Make sure people feel like all communication is from a real person.” This was one of those moments where I was like, “Dude, that is spot on,” and immediately changed my own behaviour. (Kynd is a great startup idea: an online marketplace that connects NDIS consumers with personal care providers, solving a genuine problem with care and class.) 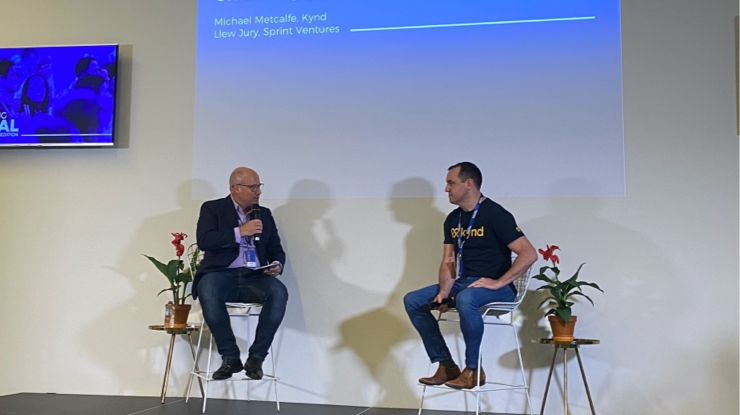 The world is complicated, so it’s always a relief when experts just lay down what they think needs to happen in a difficult situation, like Jane Hunter from Tritium saying we need to be ditching coal, moving to gas as a transition energy source, and then to renewables as fast as possible.

Leanne the Qld Chief Entrepreneur: “Australia is all hat, no cattle.”

Leanne Kemp, CEO of Everledger and someone who knows how to keep track of a bitcoin wallet, had a similarly blunt appraisal of Australia’s ability to compete in the future: We talk a big game, but we don’t have the technology or policy chops to compete on a global front and we need to get our bums in gear. While SD is a great celebration of the local digital ecosystem it’s also great to have somebody with clout make the point in no uncertain terms that we can and should do better.

Dr Fiona Kerr: “We’re exhausted because we’re looking for micro-signals that aren’t there.”

Fiona Kerr packed so many neuroscience facts and policy recommendations into 25 minutes that it’s hard to pick a specific highlight. The comment above was a good addition to the growing Collective Zoom Fatigue Body of Knowledge, her point being that as social animals we are exquisitely attuned to subtle signals from other people, and Zoom calls hide many of those signals but our brains believe they must be there somewhere, so we keep subconsciously scanning for them and draining ourselves in the process. Another standout moment was chatting at the bar afterwards and listening to Fiona describe Finland's approach to technology and design grants and investments, how sophisticated, nuanced and strategic they are, and how much room there is for growth in Australia if we were to take the right action. 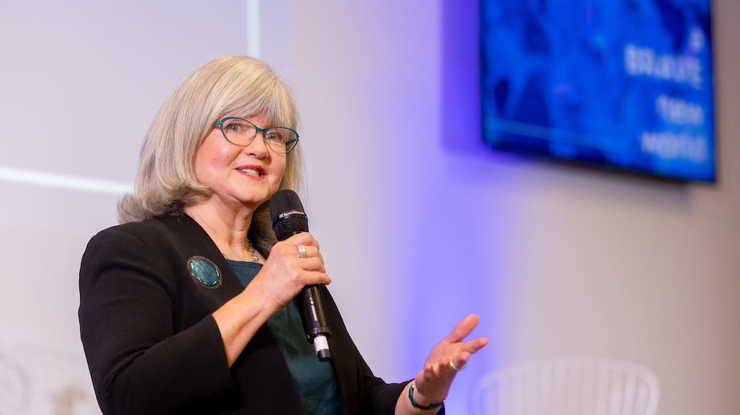 My final shoutout goes to Lisa who sat in on a diversity and inclusion panel and was the only person to take the bait on suggesting a ‘you couldn’t really do that but…’ social policy, which was, “We should put hidden cameras in all meeting rooms so that we can see what groups of men say about women co-workers behind their backs.” Hell yeah, we need more blue sky thinking like this. I feel like it should be an Alexa app, where Alexa just taps you on the phone to say, “You won’t believe what Gary the PM is saying about you right now…” It’s like I, Robot meets Downton Abbey, and I think we should all try it to see what happens.

And there was more but…

I could go on. There were plenty more great moments and I didn’t even see everything—I heard about a lot of cool stuff in other sessions that I didn’t attend.

It was a great festival, under weird and historic conditions. We were proud to sponsor it, and we all enjoyed participating, and it led to us hosting what I think was a great open studio discussion with Liquid staff talking about the cultural drivers of effective collaboration. If you want to check out the recording you can find it here. 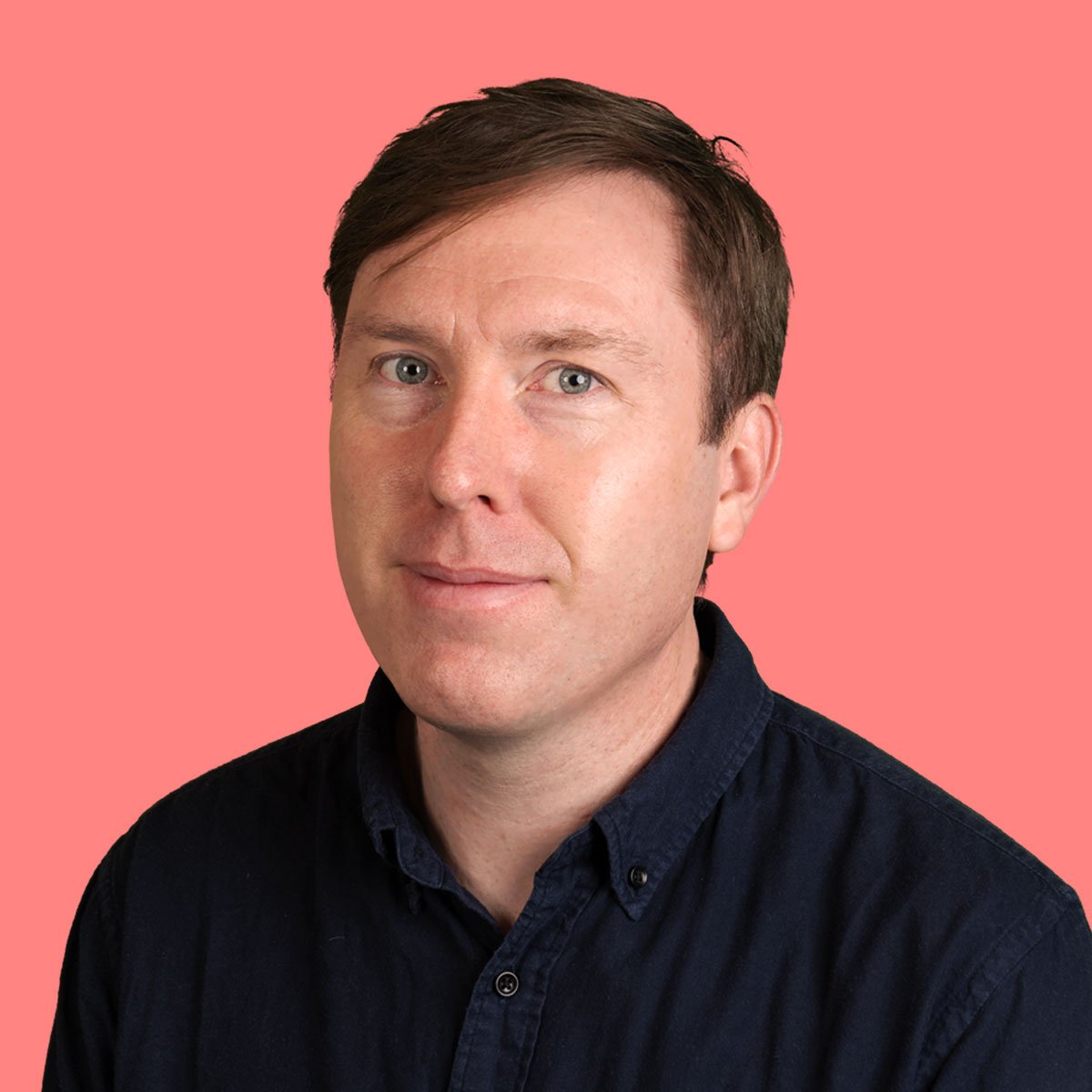